Got a Guy Who Won’t Go Away?

Some guys just can’t take a hint. Regardless of what you say to them, they keep hanging around. How do you get rid of the guy who won’t go away? Or, how do you get a guy to leave you alone without being mean?

I’ve had a few ladies write to me asking me how to handle an ex that’s still coming around uninvited. Most guys aren’t going to stick around if you tell them that they’re being creepy. Unfortunately, this isn’t always the case and some guys just can’t, or won’t, take a hint. This is a guy who won’t go away!

How do you get a guy to leave you alone without being mean?

That’s the problem! Most women don’t want to be mean so they “gently” coax a man away. “Jim you’re a cool guy but I just don’t have the time to date anyone right now.”

Do you know what Jim heard? He heard you say that he is a cool guy so he keeps pursuing you. He didn’t hear the second part of your statement.

Below are 5 tips on dealing with a guy who won’t go away. Of course, if you’re being threatened or deliberately followed by someone, always call the police first. These tips are about helping you get rid of a relatively harmless guy. These tips won’t help if you’re in immediate danger from a stalker.

Tip #1: Clearly state that you want him out of your life

Sometimes you gals can be too nice. You want to let a guy down easy, so you’ll end with comments like “I’m just not interested right now” or “I’m just interested in being friends for the moment.” Adding qualifiers like that can have some guys chomping at the bit thinking they still have a perfectly good chance. For a guy who won’t go away, it can increase unwanted behavior rather than diminish it!

Want to understand men in relationships? Thousands of women have by downloading my free info-graphic! CLICK HERE!

When someone is showering you with too much unwanted attention, you need to put your foot down and say, “I’m not interested and you’re starting to make me uncomfortable.” This would be an appropriate thing to say. “Don’t talk to me and stop contacting me – we’re done,” is another.

And if you’re thinking about lying and saying you have a boyfriend, don’t. While that may get rid of some guys, others may consider that a challenge and pursue you even harder.

Are You Ready To Find Yourself a Great Guy? Get my 4 Book-Bundle Deal Today! 4 Best-Selling Books for Peanuts!

Tip #2: Make any changes necessary to avoid him

I know, I know, changing your number sucks. But sometimes when someone clings onto you, you need to take desperate measures. Blocking doesn’t always work. Change your number and only tell friends, family, and the people you work with, your number.

If you sit next to him in class, move away. Show up just before class starts and grab a seat that isn’t next to him. If he works with you, discreetly ask management to schedule you at different times. Change up your daily routine. Take a different bus. Choose a different coffee shop so he can’t run into you. This might make him lose interest and stop.

I’m not asking you to change your name and move away. But depending on just how persistent this guy is, you need to be proactively limit his odds of running into you. The less he sees of you, the more likely he’ll disappear for good.

If things begin to escalate – he’s follow you, or you’re getting non-stop calls, and he just won’t leave you alone, then you need to tell your social network about him. Keeping other people around makes it more difficult for this guy to make contact with you. 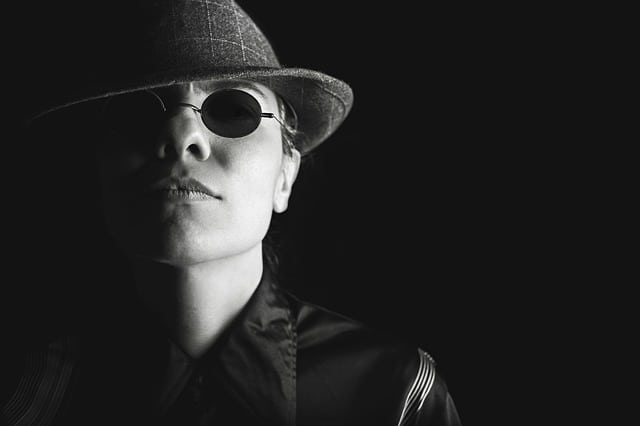 Tip #4: If things escalate, keep a record of his stalking activities

If things seem to be escalating – he is sneaking around, stalking or saying threatening things to you then you need to take more drastic measures. Record any voice messages he leaves for you, and save any letters he sends you, including texts, which you can grab snapshots of pretty easily.

Learn Why Do Men Stare at Women

By keeping a record, you can build a case for yourself on the off chance that you need a restraining order. Without this information it can simply be your word verses his in a court of law.

If you reach a point of being harassed, it’s time to take another step. This step is part building your case, and part protecting yourself from harm. If an officer pays this guy a visit, it may get rid of him for good.

Have you ever had to deal with the guy who won’t go away?

I hope you never have to take any of these actions against another person, but if you end up with one of these guys, at least you’ll have some ideas on what to do. Remember, your safety and the safety of your family always comes first, so be smart like I know you are!

Are you dating a man who you want be around but you have a sneaky suspicion he is using you? Click Here!