Fact or Fiction: Men Enjoy Showing Emotions as Much as Women Do

From a woman’s perspective, finding a man who will show his emotions is about as likely as catching Big Foot. But there’s more than one way to understand male emotions vs female emotions.

We’re all well acquainted with the stereotypes of men and women. Women are too emotional, men aren’t emotional enough. Confusion ensues, miscommunications happen, hearts get broken. You know the drill.

But is it really as simple as that? Do the stereotypes hold any weight in our interaction with the opposite sex? And more importantly, as the title of this blog suggests, are men really that uninterested in showing their emotions?

Let’s get one thing straight right off the bat: your man isn’t going to show emotions the same way you do, period. This is scientifically IMPOSSIBLE—so for the love of God, stop expecting the guy you’re dating to weep outright whenever you’re watching My Sister’s Keeper. 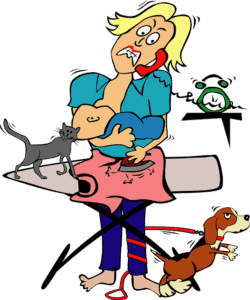 Furthermore, a woman’s corpus callosum, the central pathway between the left and right brain, is bigger in women than it is in men.

This lets women express themselves with both sides of the brain, while men are often decidedly in the logic camp at all times.

It also makes women much better multitaskers. If you’ve ever been frustrated that your guy can’t talk to you while he’s dutifully cooking an egg, you now have scientific proof that he’s not ignoring you on purpose.

The truth is ladies, guys do indeed have feelings, but they won’t show those feelings the same way you do.

They may even show completely different emotions than the ones you’re feeling. Maybe something that gets you sad will get him angry.

As long as his anger isn’t destructive, then it should be just as acceptable an emotion as your sadness.

At the same time, our society is still focused on the stalwart, silently heroic man. This isn’t your man’s fault—it’s Tom Cruise’s fault for putting out so many bad macho man movies.

It’s also due to a very ingrained family pattern, where the men of the household feel obligated to keep their emotions to themselves during tough times. If things are bad, a show of emotion isn’t very useful.

Remaining “strong” (hence, emotionless) for the family is token manliness, and it persists to this day in most societies around the world.

Lastly, all guys are different, with different backgrounds and different brains. Some show as much emotion as a rock, while others will share your Kleenex box during romantic movies.

You’ll be hard pressed to understand just what kind of man he is until you get to know him better. And remember: if you’re getting frustrated that he’s not responding the way you’d like him to, there are many other factors involved than just “he doesn’t feel like showing his emotions to you.”

In fact, he may be showing those emotions in different ways (like buying you flowers or a gift) instead of showing them to you with deep, doe-eyed looks of devotion and love.

My team here at Who Holds the Cards Now would love to hear your thoughts!