Why Do Guys Ignore Me? 5 Guys Chime in with Your Answer

Why Do Guys Ignore Me? 5 Guys Chime in with Your Answer

Sally emailed me and asked this: “Gregg, lately I have noticed that the last two guys I dated, one I liked and one I really didn’t, seemed to ignore me. I’m not a chaser and I didn’t do anything creepy to scare them off. Why do guys ignore me?  -any thoughts?”

I decided to ask my personal male friends about this one and get their perspective.

Why Do Guys Ignore Me? Reason #1: He Is Trying To Play things Cool

We all agreed on this one. A guy will be hesitant to show his feelings for you, even though he likes you. Men are insecure too. A guy just hopes you will show him signs so he can reciprocate. What happens? You both think the other isn’t into you, so you each take this as rejection.

Another reason he may be trying to play it cool is because he may be experiencing emotions he’s uncomfortable with. He’s not really ignoring you – he’s processing these new emotions.

To move past this awkward stage, one of you needs to show clear interest. In the early stages of meeting a guy, I say go overboard so he gets it. Be that clingy girlfriend for a moment or two. Then, you can back off and let him pursue.

How To Crack The Code Of Men’s Feelings

Why is He Ignoring Me? Reason #2: His Ego Got Hurt

One negative statement can send a man off to his man cave! If you say something negative that pertains to his skills in the bedroom, physical features, lack of a good job, or motivation, it could send him reeling.

Why Do Men Hide Their Feelings? 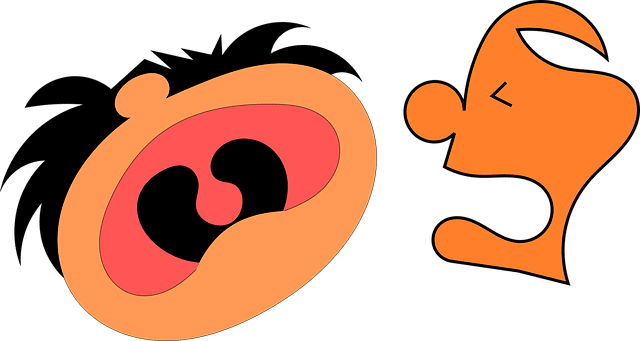 Scold him and he will withdraw!

The funny thing is that you probably have no idea how easily a man’s feelings can be hurt. You don’t understand how fragile the male ego can be in these areas. You see men as being strong – they don’t get hurt like women do.

This is wrong. Men do get hurt and when they do, it takes them longer to recover because they aren’t comfortable processing those emotions. They don’t share these emotions with their male friends most of the time like you do.

Why Do Guys Ignore Me? Reason #3: I Thought She was Taken

My single friend, Glen came up with the answer to this question and we all agreed. When a man sees a woman with one man or a group of men, he assumes she is dating one of them.

You might think your flirting with him will tell him otherwise but the truth is that if you’re with another man, all other men in the room will think you’re trying to make the other guy jealous. He will ignore you and move on.

If you’re a woman who has a lot of male friends, forget meeting Mr. Right when you’re all out together. The best solution is to go out with your girlfriends and leave your guys friends on their own.

Body Language That Says He Likes You

Why Do Guys Ignore Me? Reason #4: I’m To Afraid I’ll Get Shot Down In Front Of My Friends 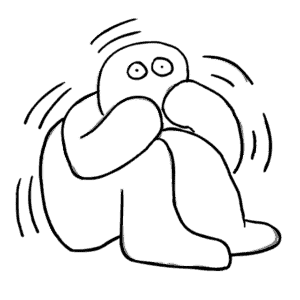 Guys fear rejection so they will ignore women

While we all laughed at this answer, it’s true! A guy will ignore you because of his insecurities around his friends. The last thing a man wants to do is approach a woman he finds attractive and get rejected – especially around his friends.

A man wants a sure bet. He needs to know that when he approaches you, you will not ignore him. To do this, make it obvious you like him by smiling, walking by him and leaving space near you so he can approach.

Men are not mind readers! What you think is obvious he thinks is directed to the guy next to him! Make it clear that you like him.

Why is He Ignoring Me? Reason #5: He Just Doesn’t Care About Your Shoes!

My friend Kevin was brutally honest – apologies to his wife if she’s reading! A man’s patience for listening to you talk about topics he doesn’t understand or care about is very limited.

I had an ex who went on and on about the shoes she bought and how the outfit matched the shoes and how the price was so great she just had to buy the whole deal. I couldn’t have cared less.

All I wanted her to do was wear the outfit and stop talking about it. I didn’t care that it all matched or that it was a great bargain.

A man cares that you look great but he doesn’t care how you got there. He wants to show off his great-looking girlfriend to his buddies, but he is clueless about matchy-matchy outfits.

Why Do Guys Ignore Me? Reason #6: He Got Jealous

When asked why he ignores his girlfriend, my friend Chris said it’s because he’s competitive. He doesn’t like to see other men flirting with his girlfriend. This is true of all men. While he wants other men to be jealous of him because he has the best girl in the room, he does not want to feel that jealousy himself!

What a man wants is for you to say, “Sorry but I already have a boyfriend” to the man who is flirting with her. An added bonus would be a kick in the groin, but he knows that you’re not going to do that.

At the same time, his jealousy tells you something important. Here are 15 Tell-Tale Signals To Tell You A Guy Likes You.

So Sally, I hope I have helped answer your question and you now have a better understanding of why guys ignore the women they like.