Stages of a Relationship by the Numbers 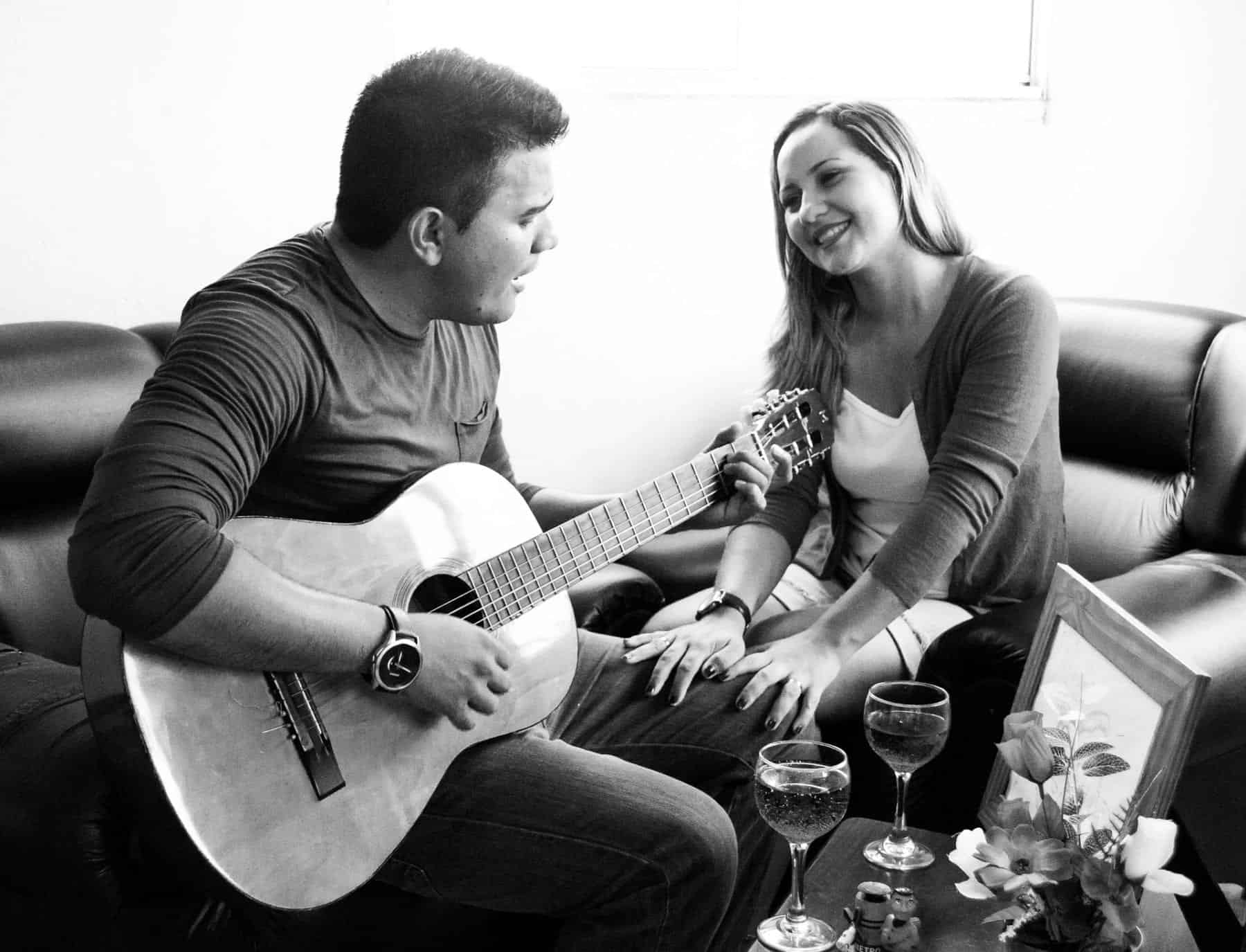 Whether you recognize it or not, a man and a woman go through stages of a relationship as it progresses. At some point, during each of these stages, there is a decision to ditch the relationship or move on.

The problem many couples face is trying to make the go or no-go decision too soon or without enough information to properly make that choice.

Today, let’s examine together these stages and how you know when it’s time to dump him or keep moving forward.

Stages of a Relationship 1: You Meet & You’re Attracted to One Another

Of course, before you can have a relationship, you need to meet each other. This first stage is tricky because some attraction can build before you actually see one another, giving you a false sense of security in the relationship.

Then, what sometimes happens is you meet and the whole thing falls flat. There are a couple of reasons for this. First, you shared too much about one another before you met. You now have nothing to talk about.

The second reason is that there isn’t any attraction for one or both of you. Don’t let this kill the relationship.

Think back to how nervous you were before you arrived. You were probably experiencing sweaty palms, racing heart – the whole bit. 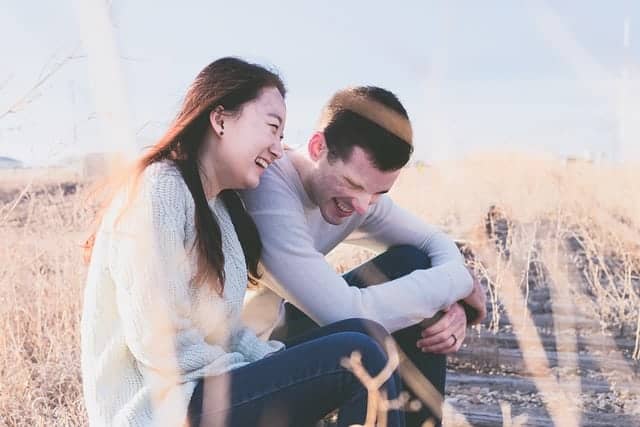 He is just as nervous as you!

So was he. I’m not sure why women sometimes believe men aren’t as nervous as they are approaching a first date. My point is that neither of you is truly yourself right now.

He is a nervous, scared and apprehensive version of himself, wondering, like you, if you’ll like him. It’s worth giving him another chance or two, if he asks.

For the sake of moving forward, let’s say you are attracted to one another. GREAT! There may even be some immediate sexual chemistry between you. While this is good, don’t act on it, if you want to reach Stage 2.

Attraction at this point is mostly outward – you’re attracted to his looks, his body type, his interests and his personality.

Stage 2 of a Relationship: Infatuation

Things clicked. You’re attracted to one another and chemistry is building. It’s such a great feeling but what’s happening behind the scenes during this stage?

First off, your brain begins releasing some pretty powerful chemicals. You’ve probably heard of them: dopamine, norepinephrine, Phenylethylamine and oxytocin. Not only does your brain release these chemicals, but it also builds an addiction to them.

These chemicals are responsible for the feeling you have of wanting to be together all of the time, the desire to have sex and a need to stay together to mate. Okay, so that’s primal but it’s still part of what’s happening.

Again, I caution you not to have sex too soon.

Something else that occurs during this stage is called suspension of negative judgement. Brain studies have shown that when we’re in love, a part of our brain responsible for negative judgment of people shows slowed activity. In other words, it backs off.

The suspension of negative judgment helps us see the faults of partners, and significantly reduces our ability to get angry about them.

There is enough good in the relationship, through shared positive experiences and laughter to outweigh the negative feelings.

For you, this is where you begin wondering, “Is he right for me?” and “Where is this headed?” Be careful asking these questions here. When this stage ends, it doesn’t mean the relationship is over. It means you’re moving on to the next stage. That’s a good thing!

While there are some couples (15-30%) who experience this same level of infatuation decades into their relationship, for most couples this stage lasts anywhere from six months to two years.

Stages of a Relationship 3: Bonding as a Couple

You might be wondering why you weren’t already a couple. This is where men and women differ. All this time, you’ve been thinking you two were a couple.

You’re probably having sex, he says and does all the right things. You’ve met important people in his life and him in yours. In your mind, you’re a couple. In his mind, he’s having fun getting to know you but you’re not a couple yet.

You know you’re ready for this stage when you’ve talked, at least a little, about your future together (how many kids, etc.), even if it wasn’t a totally serious conversation. You’ve talked about values and you know you align on important things like religion, interests and hobbies.

This is the stage where you love begins to grow deeper. It feels different from the infatuation stage but you’re still totally into each other and talk all the time, even if it’s via text.

You feel safe in your relationship during this bonding phase. You’re past the wild and crazy sex but that doesn’t mean sex stinks – it’s more satisfying.

During this stage, you feel safe enough to slowly remove your early dating face and put on your real face. He may have never put his feet up on the coffee table before but now, he’s doing it. You might not have ever shown him how cranky you can get when you find crumbs in the sofa cushions but now you’re letting him know it’s annoying the crap out of you.

These behaviors aren’t meant to irritate one another, they’re signals that you feel safe enough with one another to let your hair down a bit. You’re becoming the true versions of yourselves.

It is important not to rush this stage of your relationship. Women especially want to have the “where are we headed” talk but if you push it, you’ll lose.

While I do encourage you to share your thoughts and feelings with your guy, it’s important that you don’t push him into that conversation.

Stage three can easily become the beginning of the end as it leads to stage 4.

Now that you’ve started to see the real man you’ve been with, and he sees you, you can become disillusioned with the relationship.

You’ve begun to wonder where the man you fell in love with has gone. He hasn’t gone anywhere and he wasn’t being fake. He’s just become his natural self.

Allow me to remind you that you’ve always seen his flaws, it’s just that your brain didn’t allow you to care. Now, you care. So you have to ask yourself whether you fell in love with the man or the expectation of who you wanted him to be.

Certainly, it’s possible that you did get a dud. Losers and users can play along for quite some time if they really want to, but eventually, their true colors begin to shine. If that’s the case, rather than stay for the sake of not losing another guy, cut your losses and regroup.

If, on the other hand, your guy isn’t a dud, he’s just being his true self, you can try to power through. If the relationship truly means something to both of you, you should work on accepting one another, in spite of those flaws.

You could be married at this stage. Do you really want to give up so easily? Is this relationship worth saving?

If your thought is that it’s too hard to save it, I still say try to. Powering through can be very rewarding.

Most of your friends’ relationships have ended in this stage but you’ve got the strength and confidence to see the good in this man and work through it.

When your relationship survives this crisis, or another, you will come out on the other side, much stronger together.

In order to do so, recall his good traits. What can you appreciate about him? What does he do for or with you that is just amazing?

It can’t be all bad, even though that seems to be the focus right now. Re-center yourselves on the good qualities about one another which drew you together.

This can be a time where the wounds of your past flare up. Instead of hiding them, share them with your partner. If he has wounds to share (and who doesn’t!?!), patiently listen, without judgment.

We all come into relationships with baggage. Your larger bags might be getting unpacked now. Just unpack them slowly and allow him to do the same. Provide a safe, loving space for one another.

Getting through this stage gets you to the next!

Think of this as the calm following the storm. You’ve made it through some challenging times but, unlike many couples, you powered through. Now, you see each other for who you really are and you can truly love the person you’re with.

If you haven’t done so already, this is a great time to talk about how you’ll handle difficulties in the future. Chances are, during the previous stage, you created some steps to take when there is conflict.

This stage of a relationship can take years to evolve. You can spend a long time in the prior two stages, depending on how much baggage you’re toting and how long it takes to unpack it.

You might even survive a couple of temporary breakups or crises where you’re not sure if the relationship will make it, but in the end, you did the hard work and this is the reward. It’s worth fighting for!

As you each unpack your past, you learn to become partners in battling the demons, instead of judge and jury. Your love enables you to see the hurt and pain in your partner and gives you the patience to be just what he needs, when he needs it and no more.

You have a history together, full of ups and downs for sure, but mostly full of patience, tolerance and love.

So you’re in the lasting love phase of your relationship. How do you stay here? That’s easy! Keep exploring life and trying new things, both separately and together.

You share experiences together, challenge one another and support each other’s goals and dreams. You keep things fresh, keep to a weekly date night calendar, no matter how many years you’ve been together, and you continue to both hold one another close and give the required space when needed.

This keeps the sexual tension alive!

You’ve learned what makes him tick. You know, by his body language, when he’s upset and when he’s excited to share something with you. Read the cues, keep challenging him, and yourself, and watch love continue to blossom!

Is it really that easy?