Am I Dealing with a Stage 5 Clinger?

How to Spot a Stage 5 Clinger

Remember that guy you hooked up with a month ago who keeps showing up where you are? How about that dude you went on one date with who keeps texting?

You could have crossed paths with or even be dating a Stage 5 Clinger and not be aware of it.

Often, its men who talk about women being clingy, but men can be just as clingy and sometimes it can get downright creepy.

A clinger is a man who needs constant reinforcement that he’s needed, liked or loved. The Urban Dictionary defines a Stage 5 Clinger as:

A member of the opposite sex who is likely to become overly attached, overly fast. Virgins, those on the rebound, and the emotionally fragile are more likely to have this term applied to them. Originally from the movie Wedding Crashers.

The texting ratio is out of balance

He texts you 5 times to your one. He initiates the conversation and then ends it asking why you aren’t responding. 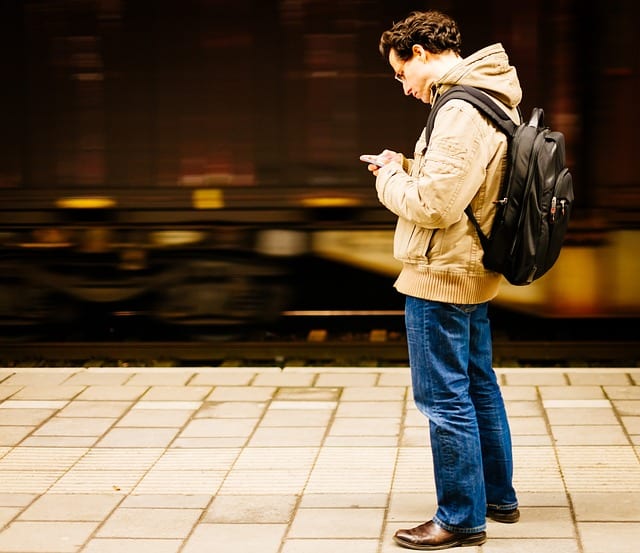 He just keeps texting you

So, the fact that this one can’t stop texting might appear to be a good thing. Maybe you finally found yourself a communicator.

No. He wants communication for the wrong reasons. He needs to feel wanted because he probably wasn’t loved in his past. Texting him back will only worsen the problem.

He showers you with (too many) compliments

A compliment here and there is a good thing. But if he worships the ground you walk on, it starts to feel wrong. As a couple, you should be on the same level with a bit of give and take mixed in with healthy banter to create fun and challenge.

He agrees with everything

If you’re alone he’s fine but bring in another group of friends and he might not like the situation because it will feel too competitive for his insecurities.

He pressures you to hang out

Stage 5 Clingers don’t want you running around having fun with your friends. They see this as a threat to your relationship, even if you don’t really have a relationship.

He defines you as his girlfriend when you’re not

Yeah you might have gone out on a date or two but that was it. Now, this guy is treating you like you’re all in!

You met mom and his family (somehow) and they stare at you like you are the one for Johnny, even though Johnny is still living in the basement.

Did he just look at my phone?

If he takes peeks at your phone or demands to see what you’re doing on your phone, you have a Stage 5 Clinger on your hands!

Jealousy and anger toward your male contacts can be an issue with him if he’s a clinger, and it will only get worse from here.

I just had a coaching client contact me about a male a co-worker who was getting a bit too cozy and was checking her contacts and they haven’t even dated!

What his friends say doesn’t match up

Does he say things that his friends deny?

Sure, guys will exaggerate a bit, but if he is saying things that his friends laugh about because they didn’t happen, you’d better back away. A Stage 5 Clinger will tell you anything to reel you in if he is infatuated.

Men can be Stage 5 Clingers just like women can. These are signs that a man doesn’t have the confidence in himself to date on a mature and healthy level.

A guy should give you space to do your own thing, just as should you him.

Look for these signs and if you see three or more, run!