How to Find Out if a Guy is Single

Last week I wrote Is He Lying About Being Single? 6 Signs to Figure it Out. This week let’s put men’s feet to the fire and learn how to find out if a guy is single using the very same signs. Let’s prove he’s single!

He doesn’t give you his cell number

Ask for it. If he hesitates, then challenge him on it. Keep it funny and witty. Say, “Come on Mr., I want to include your wife in our conversations!”

Then, if he makes some lame excuse or goes MIA, give yourself a big pat on the back and do your happy dance!??

You just saved yourself a lot of heartache.

He is scheduling day time dates with you

Normally, I would like this from a guy. This proves he wants to get to know you instead of driving to the hoop on a Saturday night. But this could also mean that he is setting up a drive to the hoop when his girlfriend is out of town next week.

Learn How to Date Different Types of Men HERE

Change the time. Move it to after-work appetizers. Get the date out of the 9-5 work day and see if he agrees. If he constantly tries to pull it back into his time frame – be careful.

Let’s Prove He’s Single! | He never texts you after 7 pm

Last week, I mentioned he texts you all day but then he stops. Delay your response until night time and see if he responds. This shows him that you are busy and he is not your primary concern as I cover this in my #1 best seller, “Power Texting Men.”  It also raises a red flag if he doesn’t respond to your night time texts.

He makes excuses when asked about a weekend trip

Obviously, you have been dating for a while if you are considering a weekend trip. That said, I have talked to women who didn’t find out until 6 months later that this guy had a wife and kids!

Mention a weekend trip. You don’t have to be serious, just throw it out there. Do this when you are in person so you can see his body language! If he quivers, stutters, or changes the subject, then you need to keep testing him.

Is He Single? He gets interrupted when you are on a date

I love this one! If he walks away or he stays and his voice gets quieter, do this: Walk past him and say something fairly loud like, “I’ll be right back, babe, I’m hitting the ladies room.” 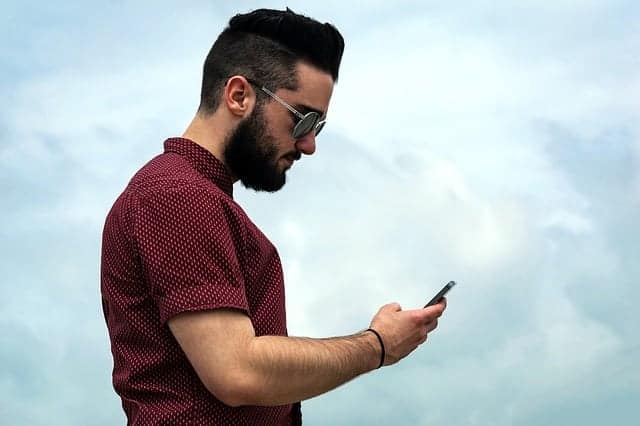 How to find out if a guy is single

Afterwards, when you come back and don’t see him, look under the table.  He will be sucking his thumb and crying because he just lost both you and his girlfriend!!

Then you go MIA! When he contacts you 3 days later, with his lame ass excuse – give him 4 days and hit him with your lame ass excuse! “Oh, hey, I lost my phone too!”

I just love screwing with men

Some of these things could be harmless – I get that. Look at all the signs and test if he is single. If he is doing 2 or 3 of these things, then re-access things.

Cover your bases. Challenge him on his excuses. Set boundaries. Make it crystal clear that you are a catch and your time is valuable.

Trust your intuition – she is rarely wrong. Now let’s see if he REALLY likes you.