3 Signs Your Boyfriend is Cheating on You

Is He a Cheater?

If you’ve ever been suspicious of your man, you may have had good reason to be. According to numerous studies, anywhere between 25% and 72% of men seek a little something on the side — and 70% of women have no idea their guy is cheating! No wonder infidelity is such a hot topic!

Especially now, thanks to social media and sites like Tinder, it’s easier than ever to casually hook up with someone, no strings attached. While he may want to be in a relationship with you, he may still want to have sex with someone else.

Face it, guys don’t always think with their brains. So how do you know if your guy has strayed? Anna is here today with 3 signs your boyfriend is cheating on you.

Signs Your Boyfriend is Cheating #1: He Falls Off The Grid

Does he promise to call you right back and then you don’t hear from him for days? When you do, does it take him hours to return your text when you know he’s not busy and his phone is always attached to his hip? Does he forget to call and check in while he’s on a business trip or out with his buddies for a guy weekend? 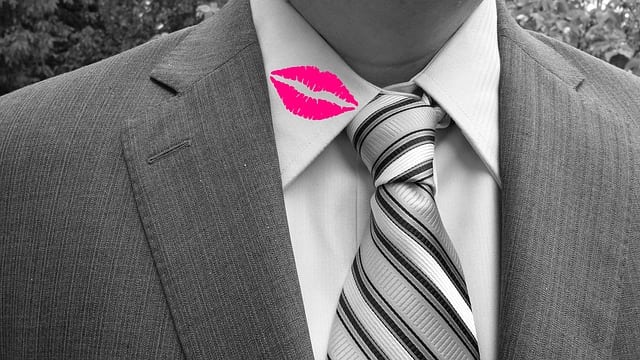 Trust your intuition – she knows!

Does he make excuses like his phone battery was “dead” – and he’s made that excuse more than once?  Does he show up late or cancel plans because he suddenly had to work late at night or got held up? You don’t need to keep tabs on him at all times (that’s a little stalker-ish), but if you happen to notice your guy is MIA more often than not, it’s time to wonder why.

He Guards His Phone With His Life

Most guys keep their phones with them most of the time. But does he take it everywhere he goes — like on frequent trips to the bathroom for example? Does he keep it locked under a password or switch it to airplane mode so you can’t see his incoming texts?  Does he freak out when you so much as touch his phone to move it off the coffee table?  If so, it may be time to do some investigating.

His Friends are All Players (and Hot Girls)

Like Gregg Michaelsen tells us in his best-selling dating advice books, if his best buddies are all players, he is probably guilty of being one himself. Do his friends go home with a different girl each night? Do they all seem commitment-phobic? Do they make lewd jokes about women – and does your guy laugh?

Watch him closely the next time he’s with his crew and pay more attention when it’s just the two of you. Does he become a different person when he’s with the guys? Does he talk about other women in inappropriate ways? Is he is flirty with the waitress? Are all his Facebook friends hot girls? All these are clues to watch for!

More Signs Your Boyfriend is Cheating on You

Forget looking for lipstick on the collar. Times have changed, and girlfriends need to be savvier than ever! Female intuition is a real thing so just the fact that you’re suspicious should be a real red flag. Trust your gut girls.